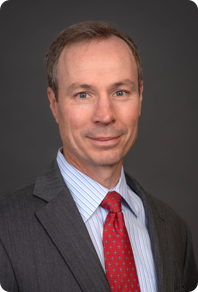 Bradford A. Phillips
Chief Executive Officer & Chairman of the Board

Mr. Phillips has served as a chairman and director of the LBL Group of Insurance Companies since 1999. He has served as President of Midland Securities, LLC, a Dallas, TX based broker/dealer since 2002.

From January 1998 to May 2002, Mr. Phillips was the President of InterFirst Capital Corporation of Los Angeles, California, a Securities and Exchange Commission registered securities broker/dealer firm. From 1995 – 1998, Mr. Phillips served as President of Avacelle, Inc., of Dallas, Texas. Mr. Phillips worked for Arco International Oil and Gas Company of Plano, Texas from 1992 to 1995.

Mr. Phillips obtained a Bachelor of Arts from Brown University in Computer Science and Economics. He later obtained a Masters of Business Administration from the University of Chicago – Graduate School of Business, with a concentration in finance. 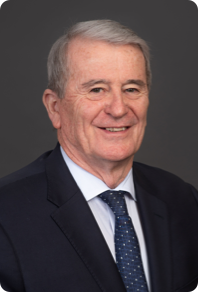 Marty is the founder and CEO of Martin and Martin Insurance Consulting Group, LLC, where he helped clients (including AFL-CIO, Aetna, Cigna and American Family) with distribution and program development for Medicare Supplement.

He also served as an insurance executive for UnitedHealth Group and Aon, demonstrating a keen ability in building quality products and distribution networks, as well as managing people and expenses to achieve corporate objectives. He is experienced in managing various top-rated plans and product lines, including Medicare Supplement, Critical Illness, and Individual Health Insurance products in various distribution channels, such as Marketing General Agents, independent and captive agents, brokers, and call centers. 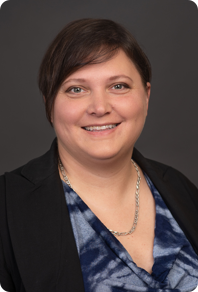 Ms. Burden has served as Chief Risk Officer of the LBL Group of Insurance Companies since 2017. 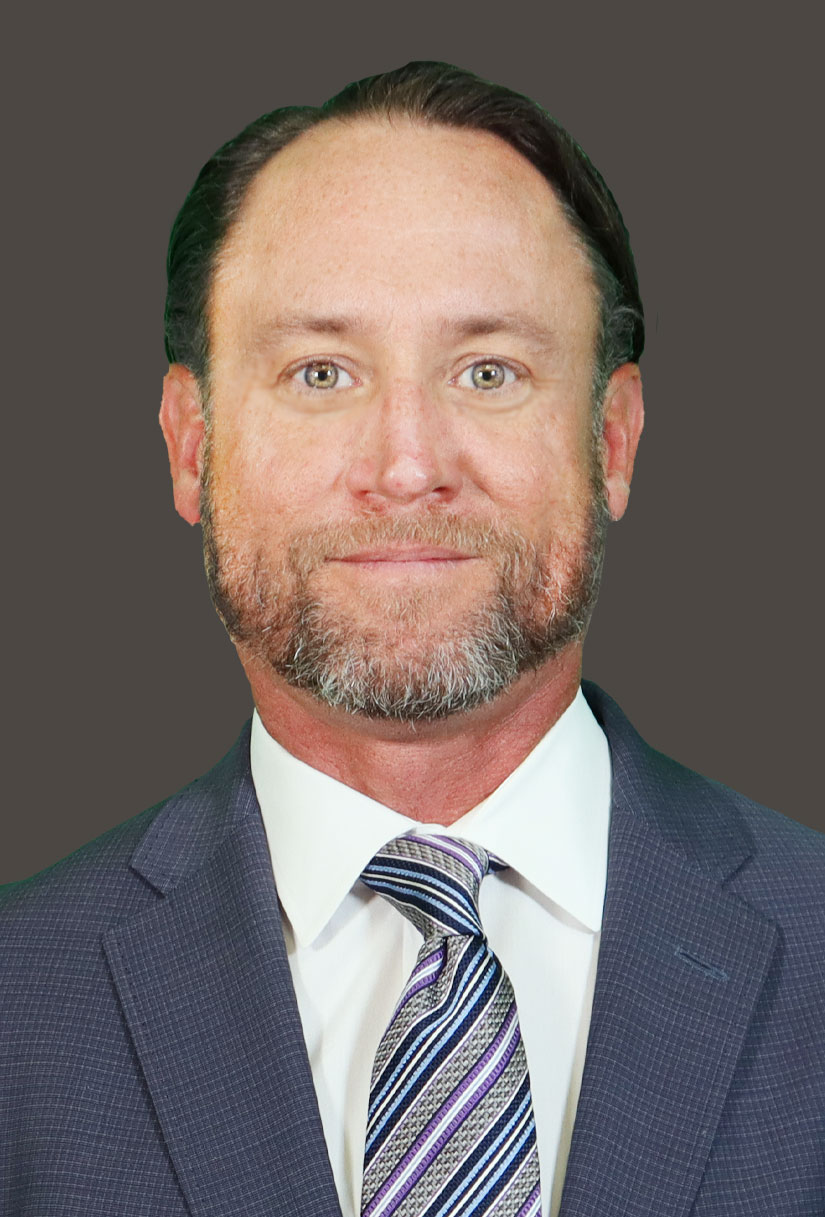 Prior to LBIG, Brian served as the Chief Marketing Officer and Senior Vice President of Administration at USHEALTH Group, one of the largest leading health insurance agencies in the country. He successfully grew the company to more than one billion dollars in sales in the first nine years of operations. Earlier in his career, Clark was President, Lead Marketing Group at HealthMarkets, and served as Manager in the media and entertainment group at Arthur Andersen Business Consulting. Clark received his Bachelor of Business Administration and Executive Master of Business Administration from Southern Methodist University. 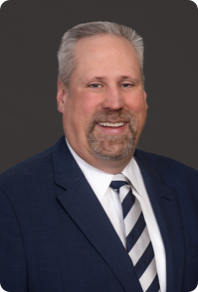 He possesses over 24 years of experience in the life and health insurance industry, working in all aspects of insurance marketing, operations, technology, and strategic development. Mr. Johansson has successfully managed the operations and data conversions of over six insurance company acquisitions and led companies in the areas of product development, implementation, lean process improvement, and change management programs.

Professionally, Mr. Johansson is a Fellow of the Life Management Institute and holds the designations of Insurance Regulatory Compliance Associate, Customer Service Associate, Insurance Agency Administration, and Certified Senior Advisor. He also is a member of the Life Insurance Council operations and technology subcommittees.

Mr. Johansson graduated from Evangel University with a Bachelor of Business Administration degree in Marketing and Management. 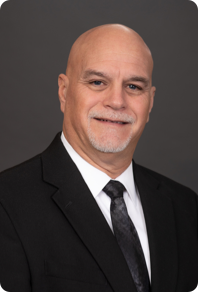 Mr. Vaughan has served as Treasurer and Chief Accounting Officer of the LBL Group of Insurance Companies since July 2008.

Prior to joining LBL, Mr. Vaughan served as a senior financial officer for a variety publicly traded life insurance and property & casualty insurance companies including Affirmative Insurance Holdings, HCC Insurance Holdings, American Indemnity Financial Corporation and Employers Insurance of Texas. He possesses more than 35 combined years of accounting experience in the insurance industry. He started his career as an auditor with Matson Driscoll & Damico, a forensic accounting firm serving a variety of insurance industry clients in the assessment of business interruption loss claims. 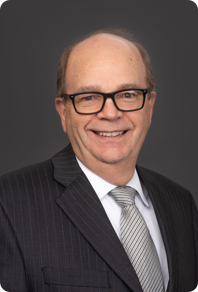 Mr. Vrla has served as Chief Actuary of the LBL Group of Insurance Companies since February 2007. Prior to joining the LBL Group of companies, Mr. Vrla served as Assistant Vice President in the North American office of SCOR Global Life, the 5th largest life insurance reinsurer in the world.

He has also served as Vice President and Board Appointed Actuary of Optimum Re and Vice President of Great American Reserve Insurance Company in charge of its annuity lines of business.

A native of Dallas, Texas, Mr. Vrla has a broad range of experience in the insurance industry. He was Chairman of the Great American Reserve Product Development Committee overseeing the design, development and implementation of its life and annuity products. He served as the Financial Planning Manager for the President of the Southern Region of Unitrin Property & Casualty Insurance Company. Mr. Vrla also has supplemental life and health insurance experience serving in various financial, product line and marketing management positions for the JC Penney Life Insurance family of companies. 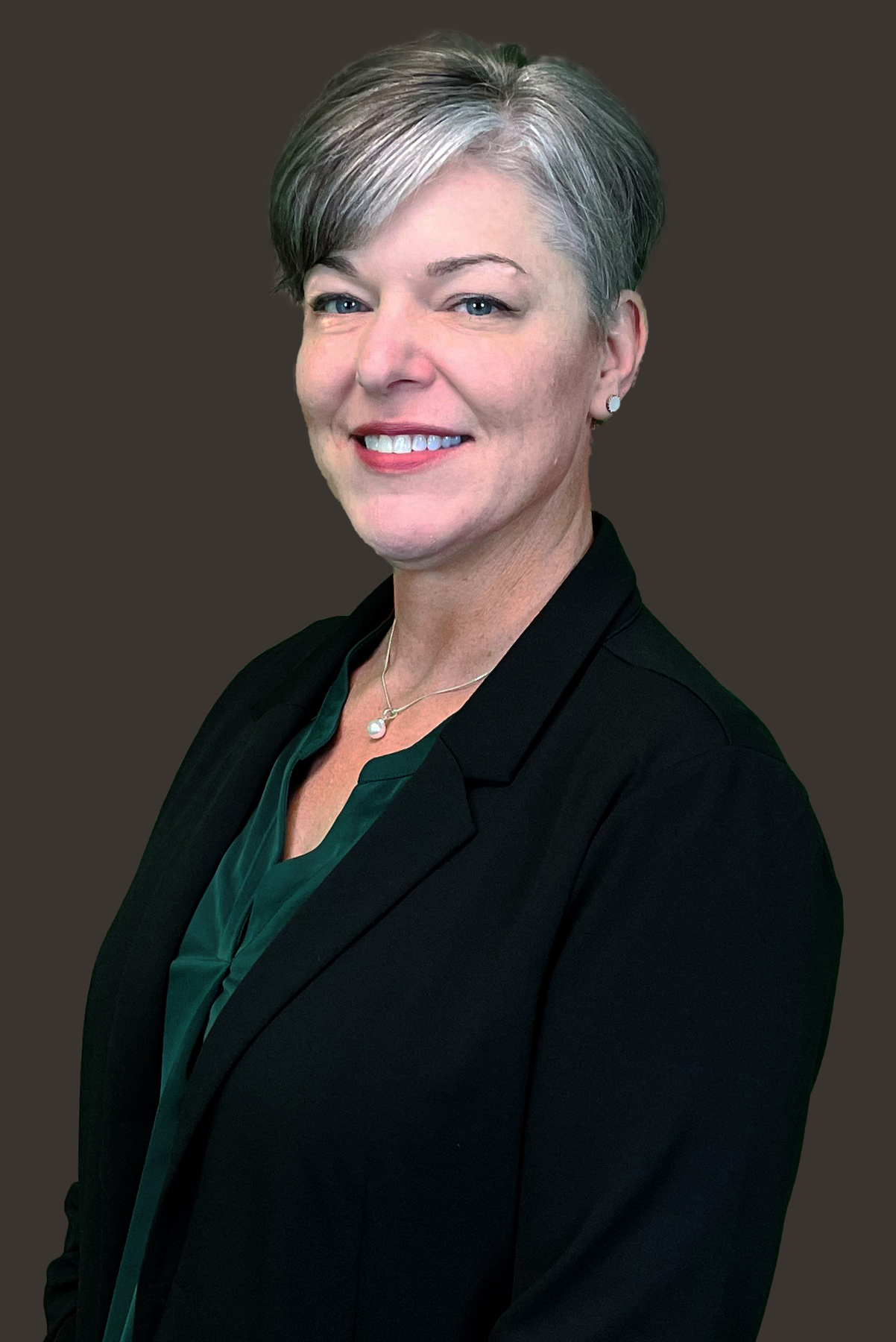 Prior to joining LBIG, Ms. Waters served as the head of compliance at EquiTrust, a top provider of fixed and indexed annuity and life insurance products. She has more than 20 years of experience in the life and health industry, with experience that includes business administration, securities, and compliance.

Ms. Waters graduated from Upper Iowa University with a Bachelor of Science and Master of Business Administration in Corporate Financial Management. 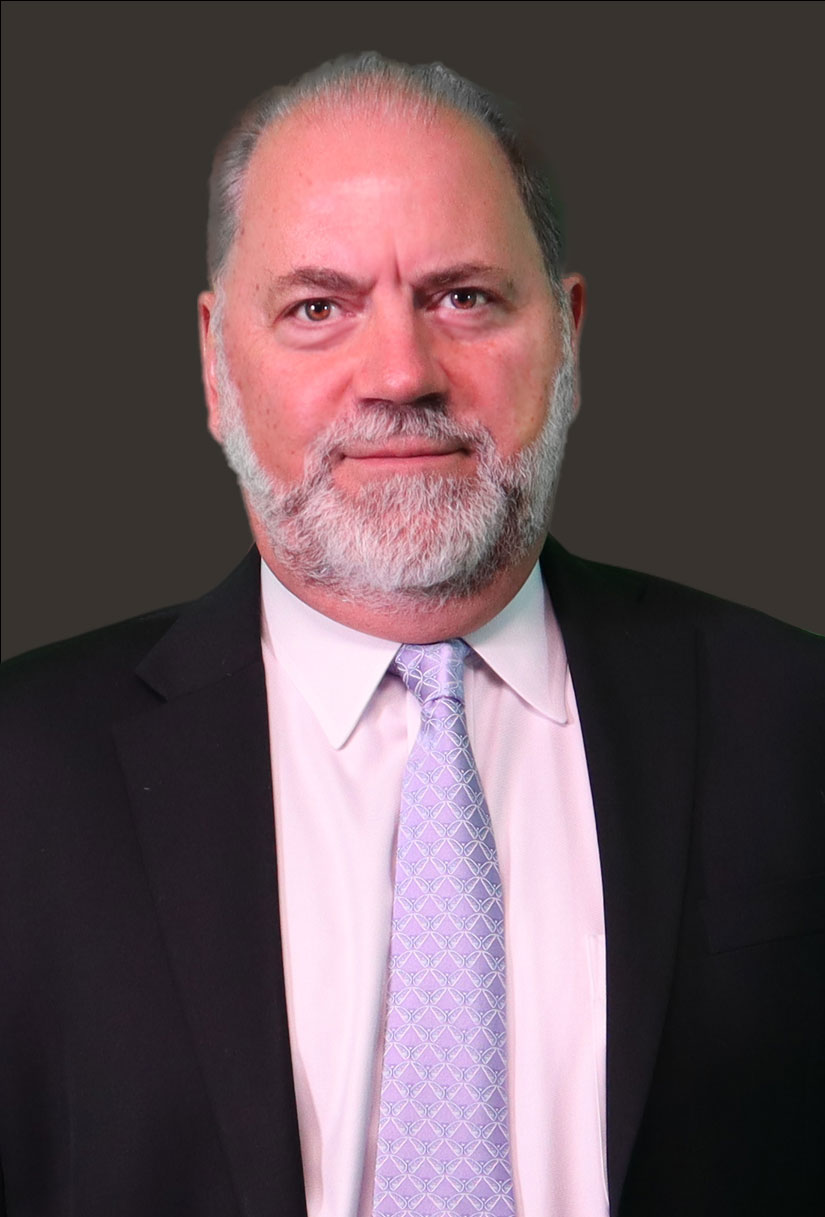 Prior to joining the team, Mr. Wilson worked at CastleOak Securities and Miller Tabak Roberts Securities in New York in fixed income sales and trading. In 2008, Mr. Wilson was the Managing Director in the Fixed Income Group of the U.S. Asset Management Division at Credit Suisse. During his tenure, he had day-to-day responsibility for the cash and enhanced cash investment desk with $90 billion in assets under management. Prior to Credit Suisse, Mr. Wilson was the Vice President in the Fixed Income Research Group at JP Morgan Chase. Additionally, his prior roles at Chase Manhattan Bank included Co-director of Short-Term Fixed Income Research, Corporate Finance Client Executive, and Controller of the Chase Manhattan Bank of Canada.

Mr. Wilson holds a BA in Economics and Mathematics and an Executive MBA from the University of Toronto. He is a Chartered Financial Analyst. 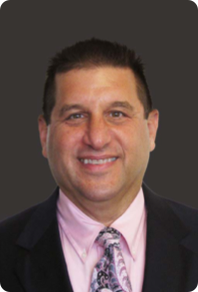 Mr. Aremia entered the insurance industry in 1978 as a career agent. As a top producer, he qualified for the NSAA awards as well as completing Life Underwriters Training Council, CAN and FNA training. He served as president of his local National Association of Insurance and Financial Advisors chapter for two terms and received the Life Underwriter of the Year award in 1981. During 1983 he transitioned from a career agent/manager to a brokerage Personal Producing General Agent recruiter. He also serves as treasurer for the North Carolina Triangle Chapter of University of Tennessee Alumni.

Since 1987, Mr. Aremia has held positions of Regional Vice President of Sales for a number of insurance companies and built top producing regions through the development of distribution networks comprised of Master General Agents. 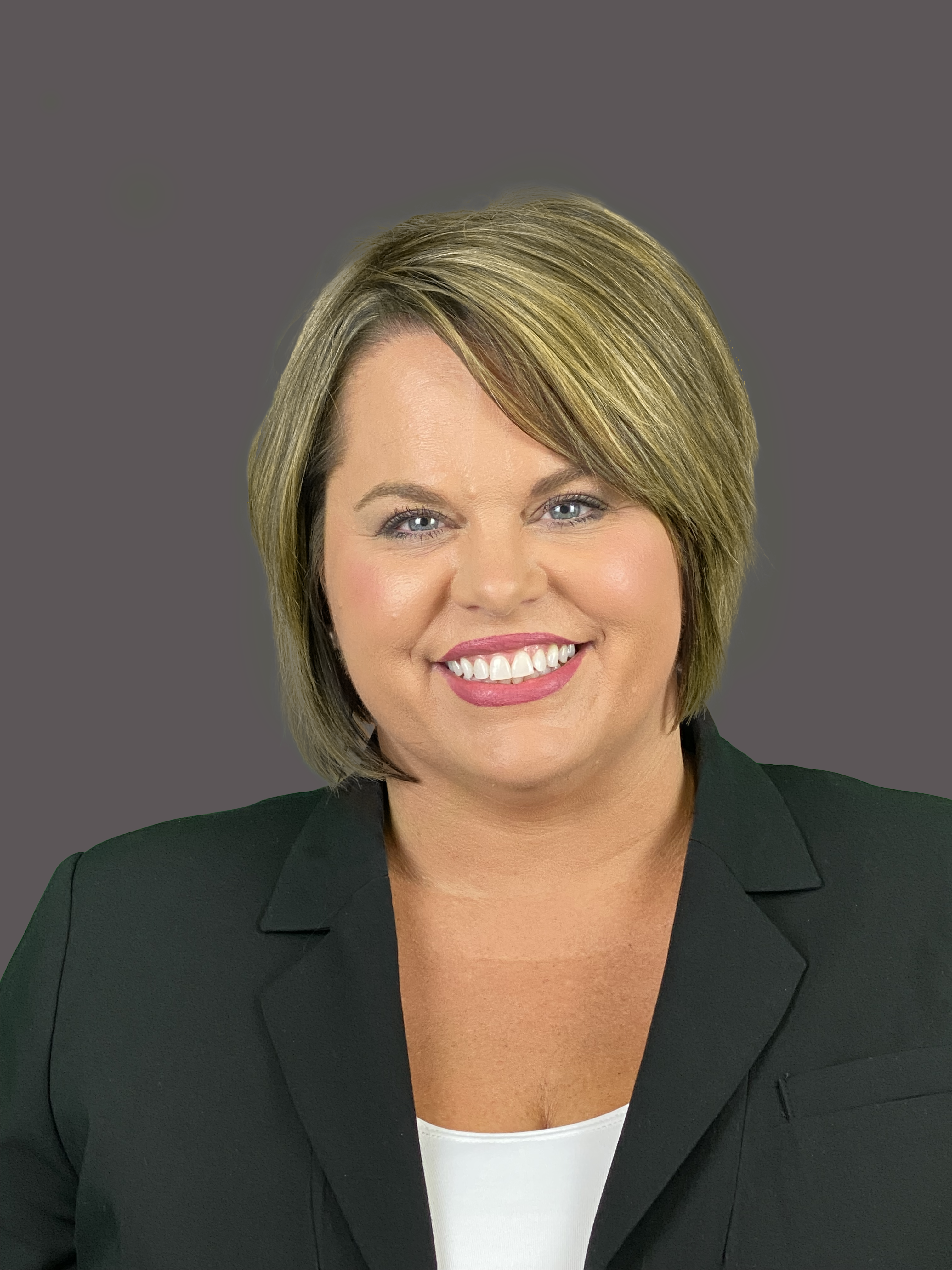 Mary Anna Jones serves as a Senior Vice President of Healthcare with Liberty Bankers. Mary Anna joined the organization in June 2019 as a National Sales Manager and built the agent distribution channel to grow the Medicare Supplement offering for the company.

In July 2021, she advanced to the senior leadership role with the organization and is responsible for the growth and distribution of Healthcare products. She has more than 19 years of experience in the Life and Health insurance industry with carriers including UnitedHealthcare and Standard Life and Accident Insurance Company. In addition, she has previously held roles in pharmaceutical sales and account management. Mary Anna is a graduate of Lamar University and lives in Nome, TX. Away from work she enjoys spending time with her two sons who keep her busy with their sports and activities. 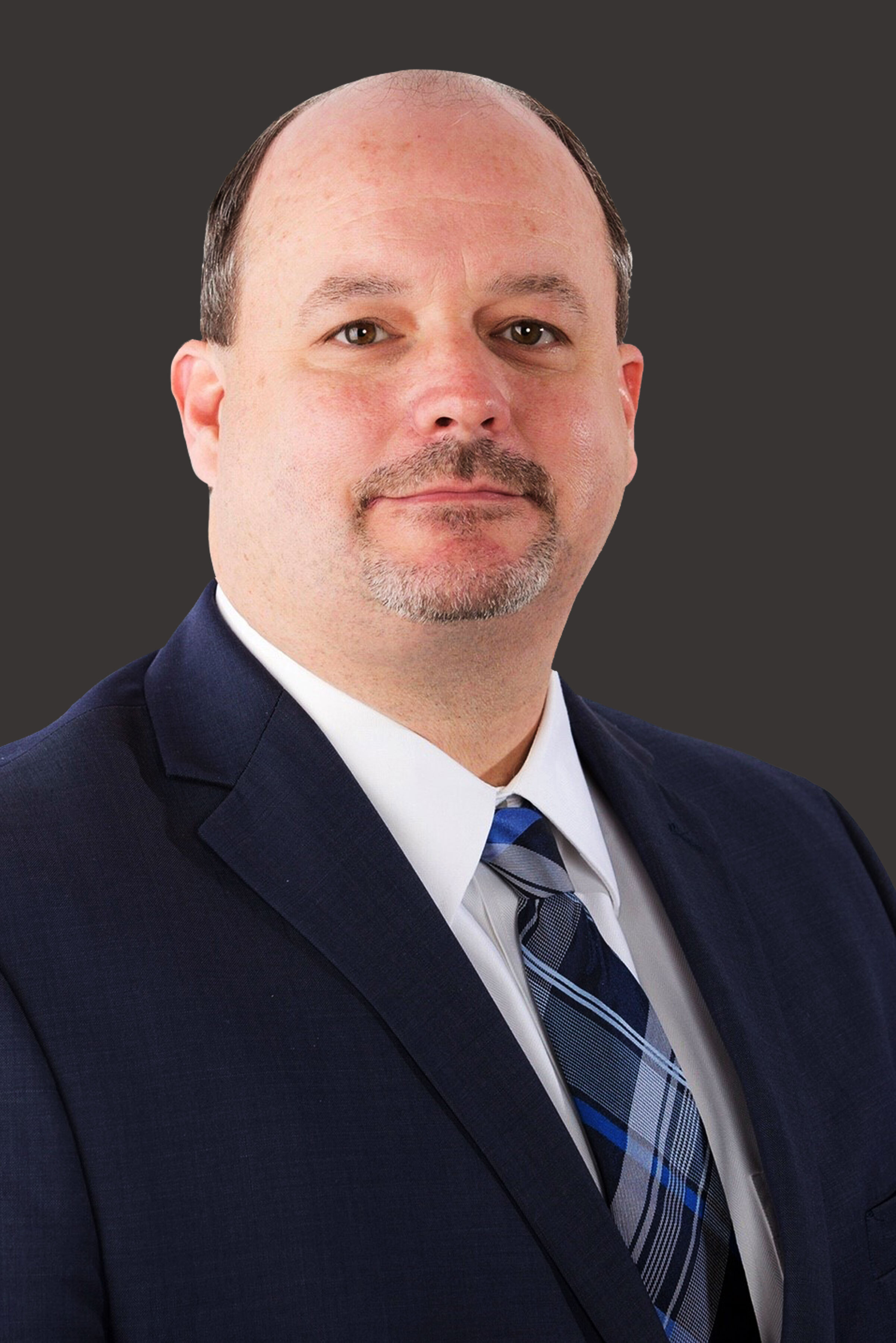 Mr. Pierce started in the Insurance Industry while attending Mississippi State University in 1993 in the Home Service business.

He has sold and has experience in many lines of business including home service, final expense, Med Sup, supplemental lines, and Pre Need. Mr. Pierce is also a former Funeral Director at a local funeral home in Mississippi. He started with American Benefit Life in July 2014 as a Regional Director, then to Regional Vice President and now Senior Vice President. He is a CPC Certified (Certified Preplanning Consultant) through the NFDA (National Funeral Directors Association). 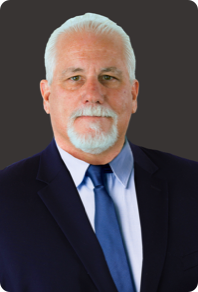 Mr. Stone has led the Home Service Division since 2005.

He began his career in 1989 in the home service life business and his unique experience in this specialized market allows him to manage all aspects of the Home Service Division for the Liberty Bankers Insurance Group. 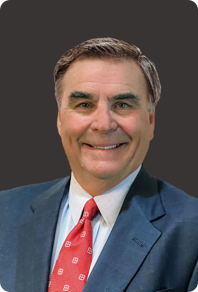 Prior to Liberty Bankers Life, Mr. Wilson was President of ASI Advisors, Inc., one of the nation’s leading independent annuity marketing and consulting organizations, having generated billions of dollars of fixed annuity premium for several insurance companies since 1975. 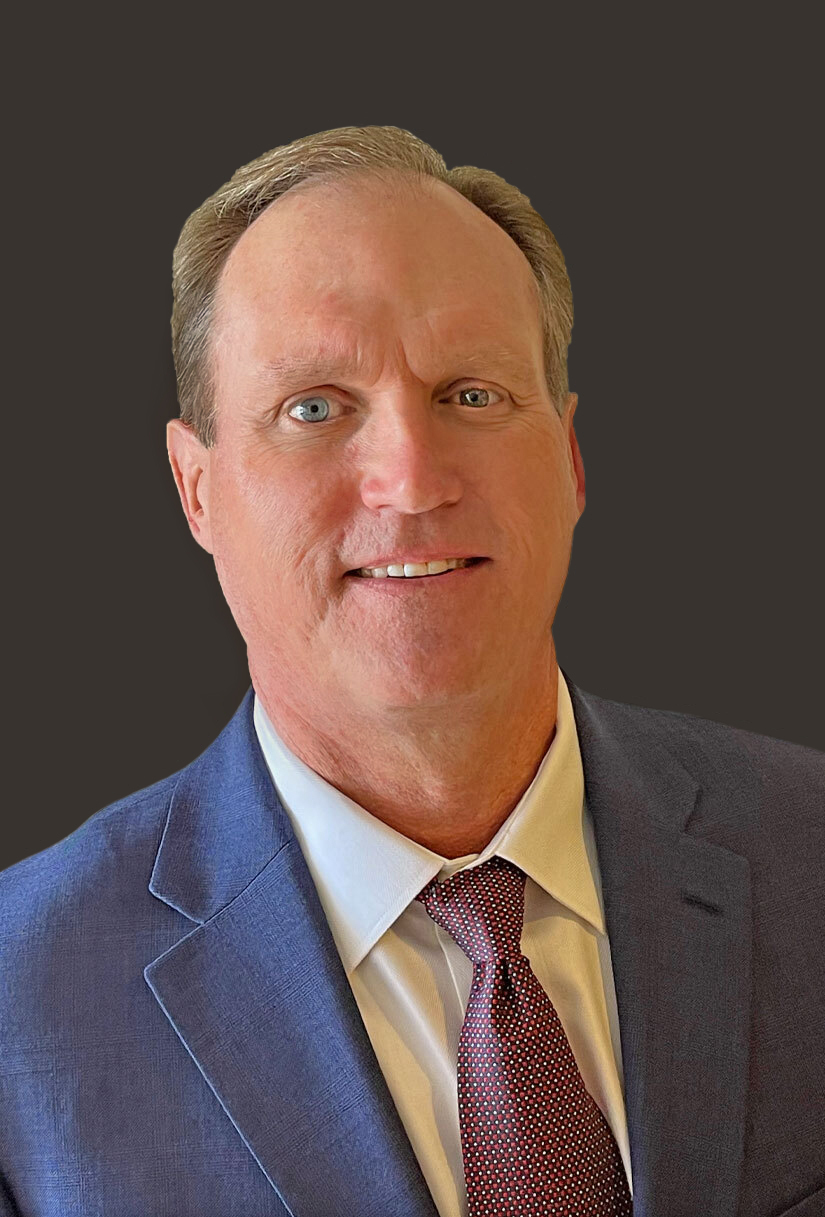 Mr. Peters serves as Senior Vice President for the Supplemental Health Division. He joined the organization in December 2021 and is responsible for product development, recruiting and developing the distribution channels representing Liberty Bankers supplemental health portfolio of products.

He has more than 30 years of experience in leadership roles in the Life and Health insurance industry with carriers including Molina Healthcare, Medico Insurance Company and Mutual of Omaha. Dave is a graduate of the University of Nebraska at Lincoln and lives in Omaha, Nebraska. Outside of work, he enjoys spending time with his family, golfing and doing projects around the house.

Privacy Policy | Terms of Use
Copyright © Liberty Bankers Life Ins. Co. | All Rights Reserved.
Products not available in all states. For information about your state please call 800-731-4300.
LBL-GWS-CP001